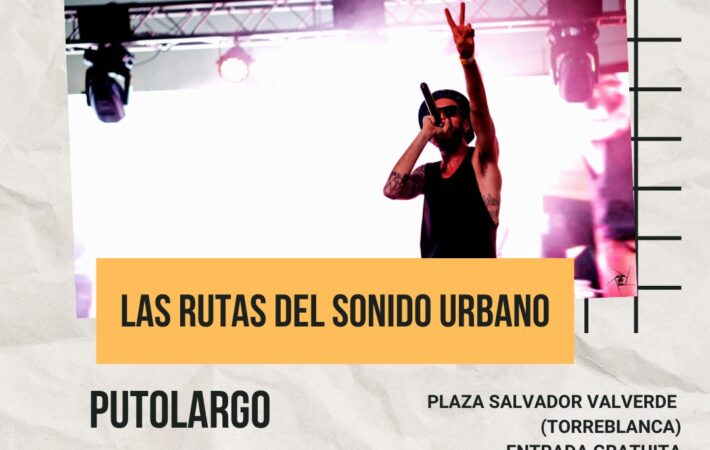 The Torreblanca Book Fair also proposed a calendar of cultural activities that took place throughout the week and included activities for all audiences in the venues of the civic centre itself, its auditorium, the ICAS Library and the Plaza Salvador Valverde. Among these activities, there have been plays, creativity workshops, tables with a gender perspective, copla concerts and pictorial exhibitions. This calendar concludes this Friday with a music festival that forms part of Las Rutas del Sonido Urbano with a concert with MC PutoLargo as the headliner. The aim of this proposal is to show in a direct and close way the different cultural manifestations that take place in Torreblanca with the participation of local emerging artists of the urban scene.

With free admission until full capacity is reached, attendees will also be able to enjoy performances by local rappers Fugi, JotaEmeKing and Guti-R. Isak Aroca, better known as PutoLargo, began his musical career in hip hop, although his productions cover the entire urban genre, from classic rap to Afrobeat, including trap, R&B and reggae.