Music workshop and concert in Bologna with Kimia 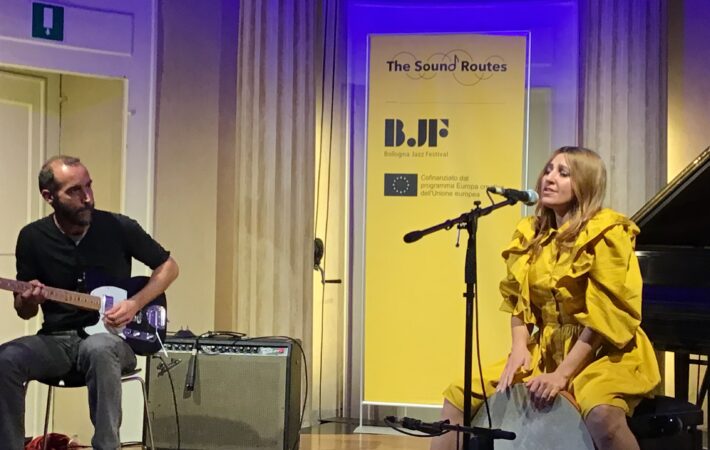 Music workshop and concert in Bologna with Kimia

The Sound Routes is an initiative funded through the Creative Europe Programme of the European Community and dedicated to the social and professional integration of migrant musicians and political refugees. The project is coordinated by the Spanish music agency Marmaduke and includes several workshops, jam sessions and concerts in Spain, Italy, Belgium and Greece.

This phase of the project, in collaboration with the International Museum and Library of Music of Bologna and with the support of the Fondazione del Monte di Bologna e Ravenna, envisages that the selected artists will hold a masterclass in which they will talk about their human and artistic experience with particular reference to their specific musical training.

These are essentially lessons-concerts in which the final performance will be particularly important, realised ad hoc, in an absolutely impromptu way, with musicians from the Bologna scene.

The events took place in Bologna International Museum and Library of Music. You can watch some of the videos here