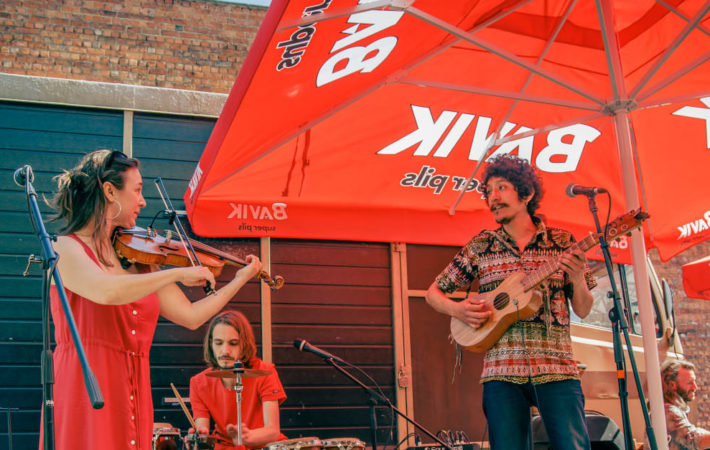 It has lasted long enough, we throw open the doors: the Koer ajar! We fill the outside, in-between and open space with bustle and musical sounds. Ready for drinks, sun, pictures and Sunday crescendos. Welcome!

CHAPULINES
Chapulines plays an idiosyncratic interpretation of son jarocho, a traditional music genre from the south of the state of Veracruz, Mexico. Son jarocho originated in the colonial period when indigenous, Spanish, African and Arabic musical traditions mixed. Chapulines is inspired by rhythms and sounds from the Caribbean, including Cuba and Colombia. You can hear these influences in their own compositions, which they alternate with songs from the traditional repertoire.