Kimia (Kimia Tajzad) Iranian actor and singer. She was born on 19 August 2000 in Tehran. She has started learning music when she was 6 and she can play the piano and guitar professionally.

This phase of the project, in collaboration with the International Museum and Library of Music of Bologna and with the support of the Fondazione del Monte di Bologna e Ravenna, envisages that the selected artists will hold a masterclass in which they will talk about their human and artistic experience with particular reference to their specific musical training.

These are essentially lessons-concerts in which the final performance will be particularly important, realised ad hoc, in an absolutely impromptu way, with musicians from the Bologna scene. The first two meetings took place on 19 June (Dudù Kouaté – Senegal) and 24 September (Kimia Ghorbani – Iran) 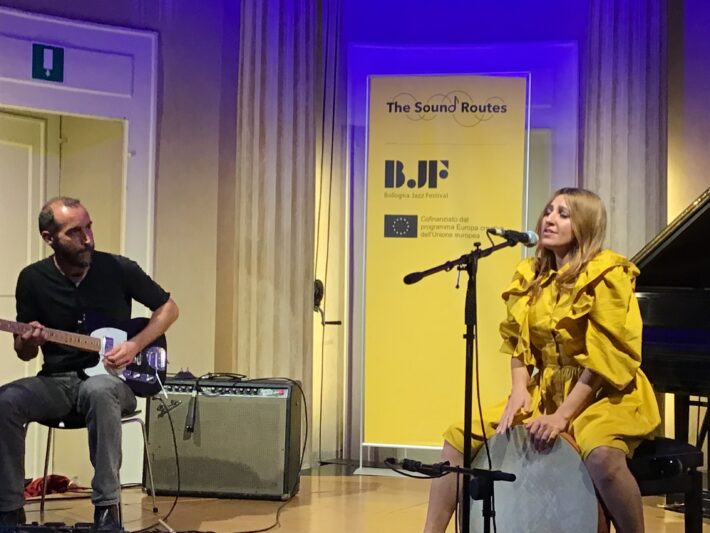