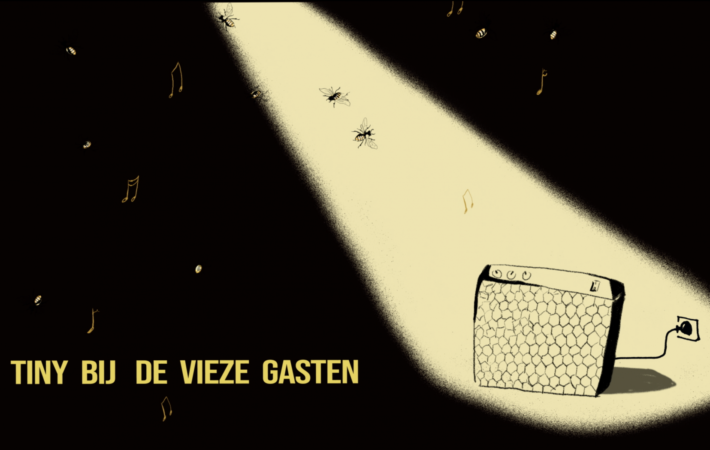 Today we bring you two offerings: a music video and a pre-recorded live session.

In the course of February, March & April 2021 several musicians came together for a unique series of short, acoustic, surprising concerts. Heartwarming and intimate.

In 2019 musicians Thomas Noël and Farnoosh Khodadadeh went to Tehran together with filmmaker Jonatan Lyssens. There they met singer and sitar player Soroosh Gharahmanloo. In March 2021 he came to Belgium for a few weeks and the entire band, now expanded with Robbe Kieckens and Anaïs Moffarts, worked on the recording of an album. We already lift a corner of the veil with these three songs.

The City’s Song is a cultural and artistic exploration project around the world, with a focus on places that are currently relevant in one way or another. We then meet local songwriters and musicians, examine cultural differences, try to challenge stereotypes but above all create new music.

The City’s Song sets up collaborations and exchanges and brings a journalism with music as the language and image as the carrier. To date, we are working on The Tehran Sessions. During this creative process, we composed a song that epitomizes the difficult times in which we are currently living.

We want to dedicate this song to the many abandoned refugees abandoned, to pay witness to the unworthy conditions in which they live now and have been living for too long.

“…. it was the language of a man tired of the world in which he lived …”

The Coronavirus (Covid-19) proves to us that borders are only a political convention. As humans, we are all linked, regardless of our cultures and backgrounds.

Let’s forget for a moment these political borders ruled by some who are too often deaf and blind to the suffering of so many others.

Let us restore a noble sense to Politics where living together and benevolence would be the pillars of our society.

The refugees, who have left everything, are in a dire situation today. They are hostages of a world that no longer wants to see and are subject to unacceptable political maneuvers.

This song is for them.

… I’m a common Sorrow, shout it to me

The images of the border region between Turkey and Greece in this video were taken with the mobile phones of refugees themselves. Special thanks to Ayaz Beig for his contribution. The music was composed and performed by The Tehran Sessions Group (© 2020)

Recorded on March 26, 2021 with the support of the City of Ghent & Flanders