“There are many songs from the region that every child knows” explains bandleader Nasser Kilada, “to reinterpret them so that they sound new again – that is a high art.”
Nasser Kilada presents the vocal group Haneen Group Berlin to open the series: The Haneen Group Berlin was founded in 2017, it is a female choir who performs traditional Syrian songs as a way of dealing with the effects of the war and as a tool to empower women to provide social and psychological support. Their goal is to create vocal groups in the Syrian diaspora. The Haneen Group Berlin sang on the 23rd of December 2016, at the Kaiser-Wilhelm-Gedächtniskirch, demonstrating solidarity with the victims of the Berlin Christmas market terrorist attack. They also sang at a Rote Rathaus event in cooperation with the Ibn Rushd incorporated society in February 2017. 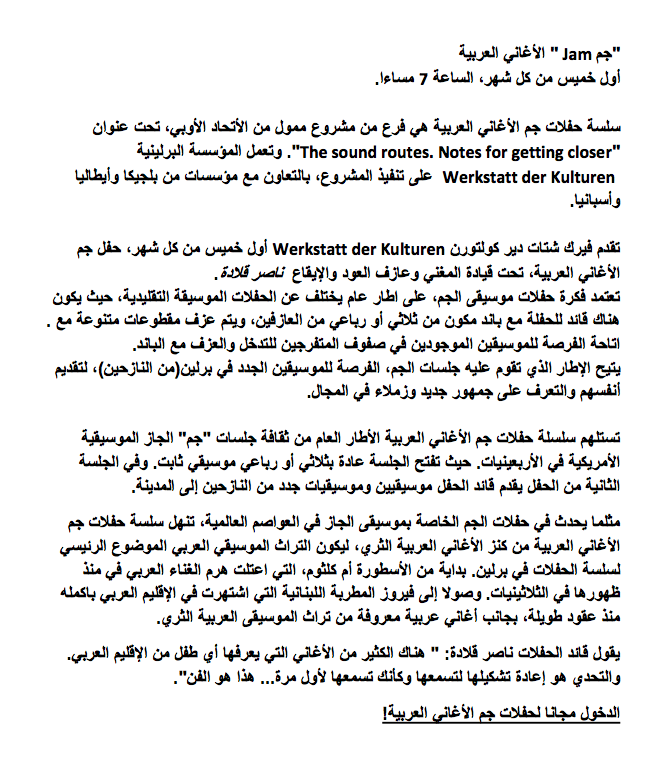 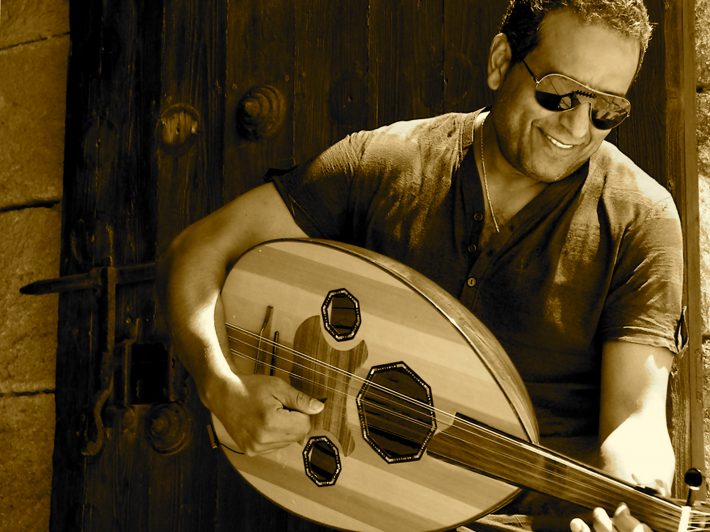