Outstanding Success for the first Arab Song Jam in Berlin 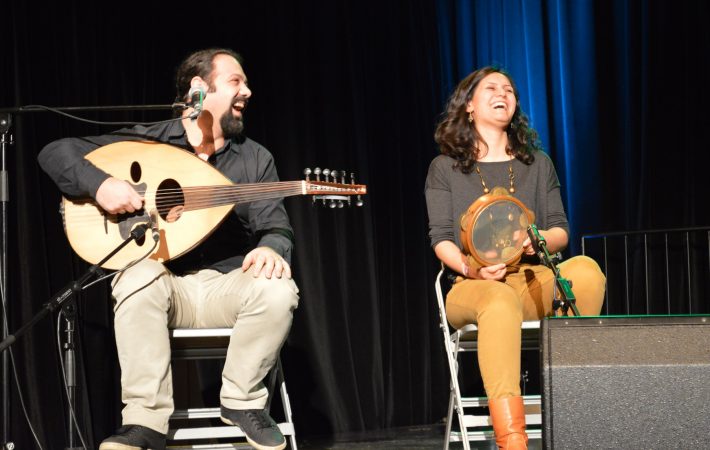 Outstanding Success for the first Arab Song Jam in Berlin

On Thursday 2nd of March 2017 something extraordinary happened, something that can only be compared, for example, to someone hearing Jazz in the 1930’s for the very first time and being in total rapture. An enthusiastic audience of all ages attended the first show of the concert series called Arab Song Jam at the WERKSTATT DER KULTUREN, Berlin and they were blown away. Encouraged by the energy of the Egyptian-German musician Nasser Kilada, many artists from around the world stepped onto the stage and started jamming together. The event was opened by the Haneen Group Berlin founded in 2017 and made up of women who perform traditional Syrian songs.
Watch some short videos of the night. Complete records of the concert will soon be available on the website.
Arab Song Jam is a monthly event at the WERKSTATT DER KULTUREN in Berlin.