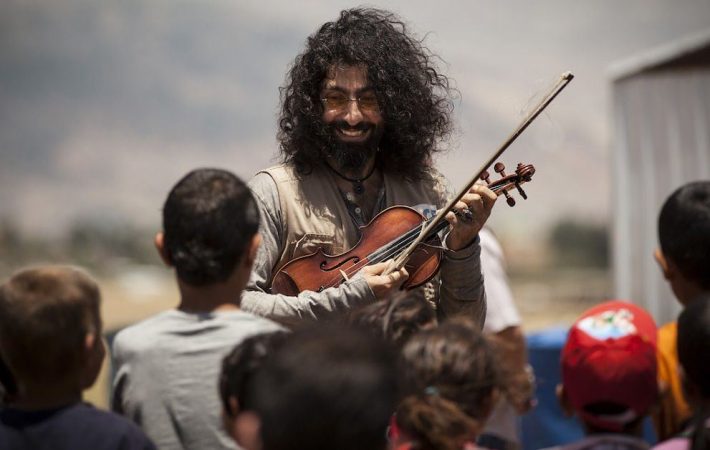 The European project “Sound routes. Notes to get closer”, an initiative dedicated to the social and professional integration of migrant and refugee musicians, starts tomorrow with a first concert in Berlin.

Six institutions from Italy, Spain, Belgium, and Germany have joined forces to boost the creative potentialities of migrant and refugee musicians who have recently reached Europe. In 2015 and 2016, almost one and a half million people entered Europe, fleeing from wars and conflicts. Among them, there were many artists and several musicians, who are now living in EU member states, enriching the cultural scene of their host communities.

This project is led by the Spanish Music Agency “We are thrilled to lead this important initiative” says Ivan Pivotti, the Agency manager. “We believe that music has the power to overcome differences and language barriers. We are especially looking forward to producing an original repertoire by ensembles bringing together European and migrant professional musicians”.

This is the most ambitious activity of this project as the original music repertoire will be showcased in the 2018 edition of the Bologna Jazz Festival.  The project also includes several jam sessions and house concerts in Seville, Rome, Berlin, Bologna, and Gent, with the aim of helping migrant artists integrate in the local and in the creative community.

Everything is ready for the kick-off night that will take place on the 2nd of March at 19.00 at the WERKSTATT DER KULTUREN. “We’ll  have the first Arab Song Jam, hosted by the German-Egyptian oud player, singer and percussionist Nasser  Kilada”, says Philippa Ebéné, director of the WERKSTATT DER KULTUREN. The first  set will be rehearsed, but the second set is open to all musicans who are familiar with a repertoire of traditional and popular songs from the Middle East.

The project has been awarded a financial contribution by the European Commission’s Creative Europe programme.