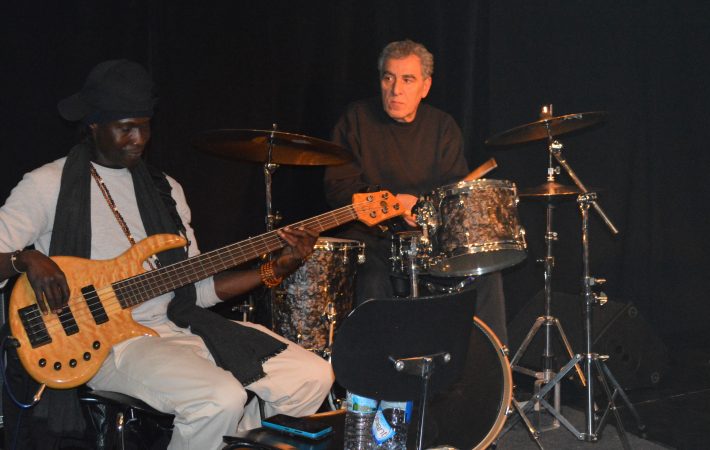 The SoundRoute Band was formed as part of the EU-funded project “SoundRoutes. Notes to get closer”, which aims to network musicians from different backgrounds with artists from their (new) homelands – and to have music produced.
From the 9th to 15th of January 2017 and under the direction of the Italian saxophonist Guglielmo Pagnozzi, the musicians spent time as musicans in residence at the WERKSTATT DER KULTUREN.

The members of the SOUND ROUTES Band are, the Italian musician Guglielmo Pagnozzi (Sax, piano and electro) and the compositions are by Shalan Alhamwy (Violin), Papis Diouf (Guitar), Alaa Zaitounah (Oud), Tarek Al Faham (Drums). The members of the band were selected during casting processes in the various partner cities of the EU project.
The band worked together for an entire week to create an innovative fusion repertoire which was later perfomed in front of an enthusiastic live audience. The next musicans in residence period took place in Bologna from 9th to 15th of April 2017.