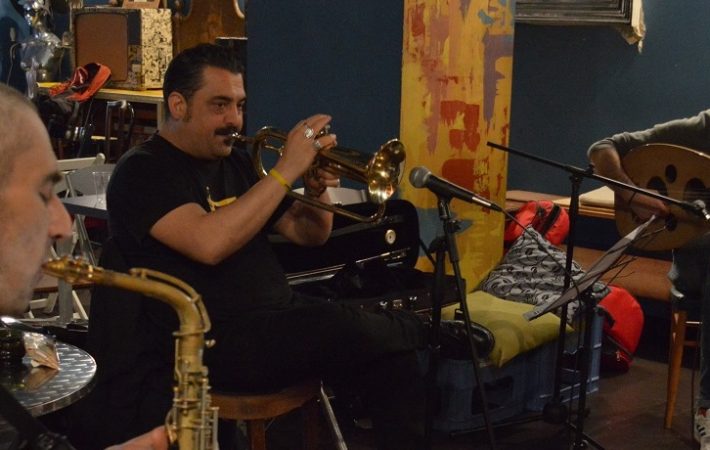 From 9th to 15th of April the second show of the SoundRoutes Band took place in Bologna.

During this highly anticipated show, the well-known Italian trumpetist Roy Paci joined the band. He confirmed his participation of the band’s first concerts which will take place on the 12th of October at WERKSTATT DER KULTUREN Berlin anda nd on the 28th of October at the Bologna Jazz Festival.

In a short interview Roy Paci explains what attracted him to be part of the SoundRoutes project:

On Saturday 14th of October at the music club Binario 69, the creative process of the Soundroutes Band will be explained during a presentation.

The concert from April 2017 was streamed online, the video is available here