Today is World Refugee Day. That’s why Soundroutes-Be is organizing a live stream radio and web marathon together with its European partners!→ Listen to performances from Bologna, Seville and Ghent with on the program: Osama Abdulrasol, Francois Waistfer, Reda Zine, Danilo Mineo, One Pac and Fellows, Soundroutes Belgium, Nasser Haj Wahlo and Who Dat.

Osama Abdulrasol is an Iraqi Qanun player, composer, producer, and visual Artist. He was born in Babylon, as a descendant of a very religious family. Because music was forbidden at home, Osama had to learn how to play music in secret during his entire childhood. Obsessed as he was with music, he started studying it virtually – from books, only in his mind. Until he left Iraq as an adult, he could never even afford to buy a music instrument. His father never knew that Osama had become a professional musician.

In his hunger for music he discovered jazz. When he went to Baghdad to ask about it in small music stores, the record seller gave him a cassette with the title ‘Jazz’ on it, written in Arabic – without names, or a title. It was 20 years later during a concert in Belgium, that Osama would realize that it was a recording of Toots Thielemans.The young Osama played every instrument he could get his hands on: starting with accordion, going to violin, oud and guitar – playing classical music, folk, rock and heavy metal on them. Not satisfied by that, he learned to play the clarinet and the saxophone – at least, until his reeds were finished and he discovered that there were no places in Iraq where you could buy new reeds.

Canadian multi-percussionist François Taillefer is passionate percussion that explores worldwide and ages for over twenty-five years. His interest in contemporary music, folk and experimental, was shaped through his many travels and music sharing. He attended several courses of percussion in various countries including France, Spain, Peru, as well as Tunisia and the United States. Sustained during his career in his artistic endeavors by the Council of Arts and Letters of Quebec and the Canada Council for the Arts, François graduated in 2010, the French Government, the card Skills and Talents. This long-stay visa allowed him to move to Lille where he develops projects in the arts and culture of the region, while seeking to build bridges between France and Canada. François Taillefer is a curious and adventurous musician who is always looking to expand its horizons in search of new ideas.

For over twenty years, François Taillefer has-been passionate for music and percussion from around the world and different eras. His interest for Modern, World, Folk and Experimental music Was Discovered through His Numerous trips and musical experiences. He Has Attended various percussion workshops in different countries Such As Spain, France, Peru, Tunisia, Niger and the US. Multiple holder grant from the CALQ and the CCA, François HAS Obtained in 2010 the “Competence & Talent” card from the French government. He now lives in Lille, Creating new artistical projects and collaborations, aussi Attempting to build bridges entre France and Canada. François is a curious and open minded musician Who never hesitates to explore intriguing ideas and new frontiers.

François collaborated and shared stages around the world with a wide array of groups and artists.

With support from STEEN, Go To Eleven, Charcuterie 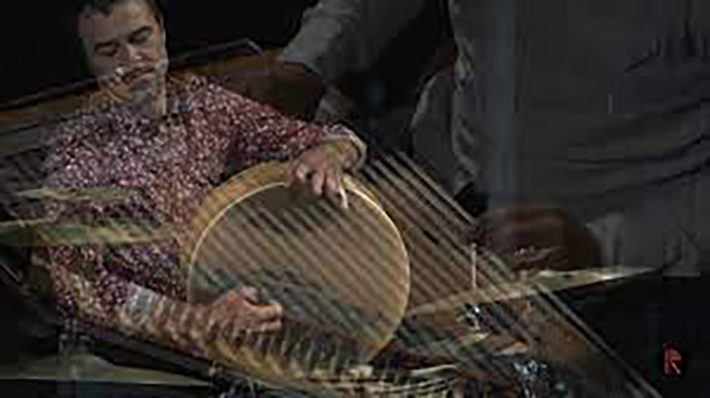