It has lasted long enough, we throw open the doors: the Koer ajar! We fill the outside, in-between and open space with bustle and musical sounds. Ready for drinks, sun, pictures and Sunday crescendos. Welcome! 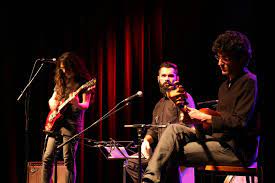