Italian superstar Roy Paci and the no less well-known French Jazz wind instrumentalist Michel Godard will support an ensemble of international musicians who escaped war and other adversities, on the European tour of the SOUND ROUTES PROJECT. The tour starts on 12 October 2018 in the WERKSTATT DER KULTUREN. Following the Berlin concert, the band will then play at the renowned Bologna Jazz Festival.

Following the motto ‘NOTES TO GET CLOSER’, nine musicians from Syria, Senegal, Italy and France will perform at the opening concert on 12th October 2018.

Michel Godard, who studied classical trumpet, is a jazz player with a penchant for Renaissance instruments. He is particularly fond of the serpent, a snake-shaped wind instrument, the ancestor of the tuba. Godard uses his polyphonic playing techniques (multiphonics) in both contemporary and early music. He formed a quartet with the American tuba virtuoso Dave Bargeron, plays among others in the group of the Lebanese Ud player Rabih Abou-Khalil, with the “Capella de la Torre” and his own ensemble “Le miroir du temps”. 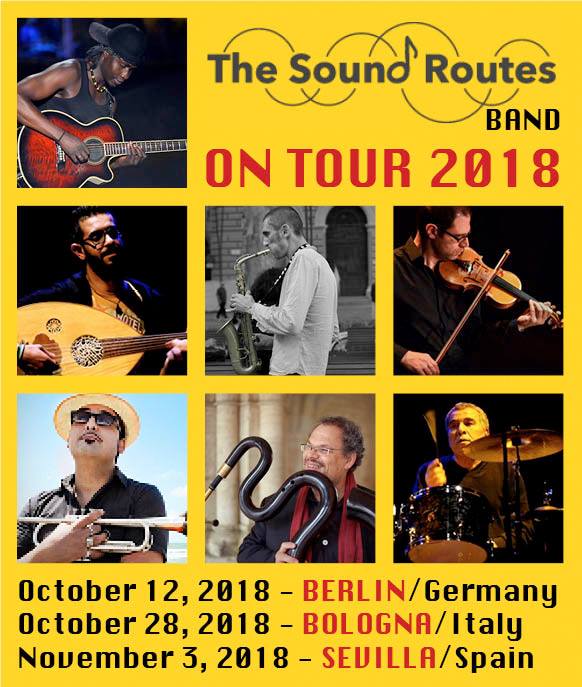