The new concert series ARAB SONG JAM is a subproject of the EU-financed project “The sound routes. Notes for getting closer” for integrating refugees in Europe. The WERKSTATT DER KULTUREN are organizing this in cooperation with their partner organisations in Belgium, Italy and Spain.

Similar to the jazz jam sessions in all cities around the world being oriented towards The Real Book’s jazz standards, the new concert series ARAB SONG JAM makes use of the rich treasures of the Arab-language song repertoire that were made popular throughout the entire Arab region in the 50s and 60s by the legendary singers Oum Kalthoum from Cairo and Fairuz from Beirut as well as traditional songs.
“There are many songs from the region that every child knows” bandleader Nasser Kilada explains, “to reinterpret them so that they sound new again – that is a high art.” 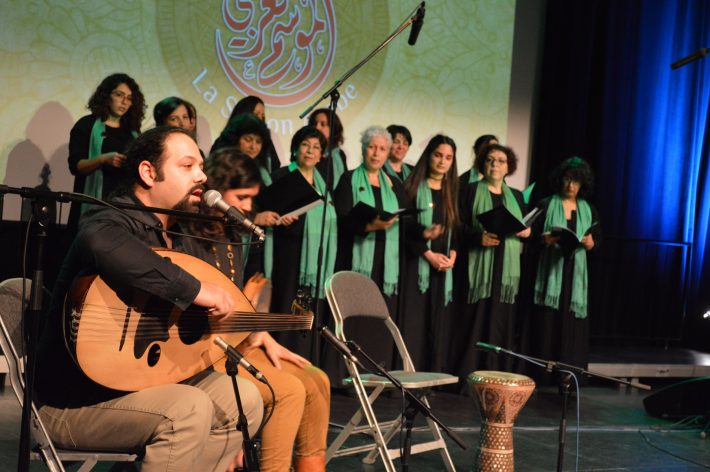